Throughout my distinguished career as a Crypto-Anthropologist, I have encountered some very strange things. Without question, there are otherworldly forces at work in this reality, from the ghosts of the past to visitors from other worlds. I have witnessed a corpse move of its own accord, and see strange lights that simply cannot be explained away as night-time aerial stunt. But none of these is the equal of what I have uncovered as part of my investigation into the lost town of Cherry Creek.

Certainly, Cherry Creek is not the first lost town I have investigated. The Detroit-Metropolitan area at large has a number of towns which have ceased to exist, and for a wide range of reasons. For example, Kensington failed as a town in no small part to the Bank of Kensington, which was issuing its own version printed money instead of actual dollars! Other towns like Rawsonville managed to fade away as business needs shifted and the railroads failed to stop in their town. There often are buildings left behind to tell part of the tale — even if those buildings are blocked off in a corner of a state park…or submerged underneath a man-made lake. However, with Cherry Creek, not a single building remains anywhere. 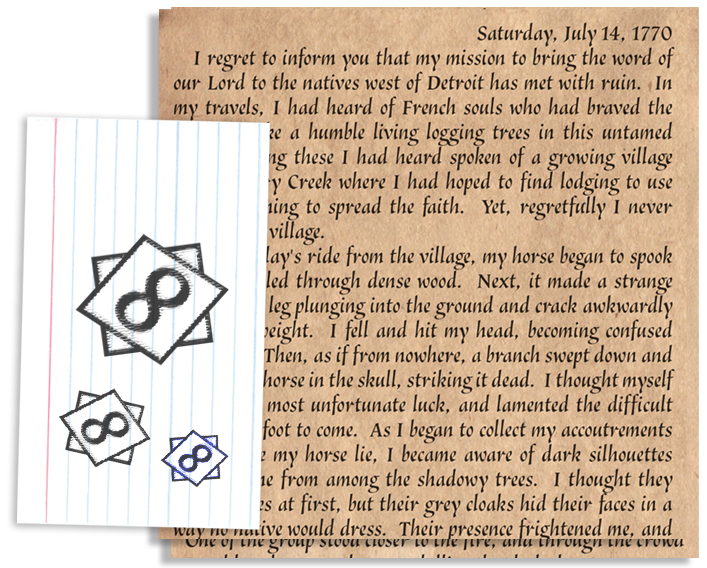 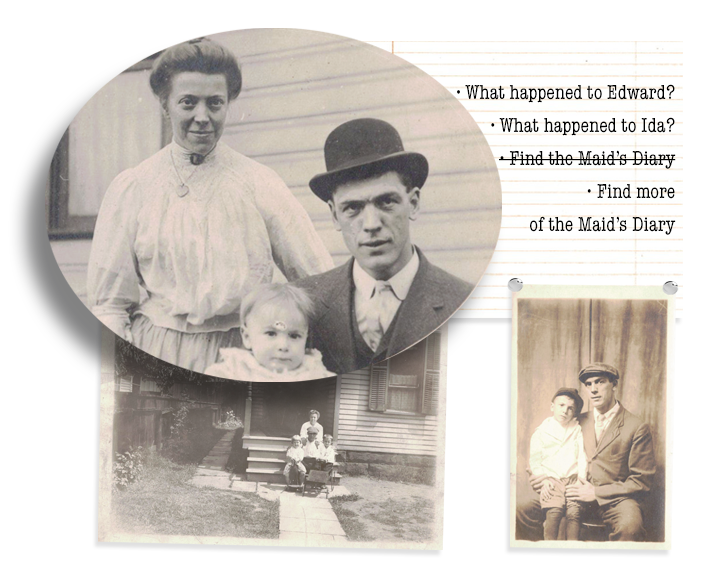 All the same, through my research, I have managed to uncover that not only did Cherry Creek exist, but its disappearance may not have been by happenstance at all. From newspaper clippings, family letters, a diary, and other documents, I can tell that Cherry Creek was once a thriving logging community. The town was founded by the VonStoke family, whose logging company employed most of the people in the area.  The family business had grown into what could have one day been a financial empire…had Cherry Creek remained on the map.

Sometime in the early part of 1883, a panic erupted within the town of Cherry Creek. Publicly, it began when several locals were attacked outside of town, apparently by trees that impaled the townsfolk with their branches. Soon after, the children of the town began to disappear, rumored to be snatched up by a witch who had appeared in the woods. While the town struggled to find their lost children, a mysterious cult in grey robes began absconding with other townsfolk seemingly at random. Meanwhile, a pox began to spread through the town, plaguing people with green boils that seemed to unravel their minds. For some of the infected, not even death stopped the illness, and it would continue to grow and consume their bodies with bark-like skin while their hands and limbs elongated.

By the end of summer, the town was falling apart, with many blaming the VonStoke family for being unable to provide safety from the strange events taking over the town. In October of that year, an angry mob burned down the VonStoke manor on the edge of town, though the family seemed to have fled before this came to be. And that was the last written record of Cherry Creek that I have been able to find.

From what I have learned, this bizarre series of events was all tied back to an impossible tornado that occurred at the Washtenaw Infirmary for the Insane on March 21, 1883. Over a year earlier, Ethel (the matriarch of the VonStoke family) was committed there by her own son, Edward. Private letters exchanged between them during this time seemed to hint at a society to which they were both members of, and that Ethel’s imprisonment was part of a power struggle between them. This tornado wasn’t seen by anyone, and yet somehow ripped up the entire wing of the Infirmary without touching the surrounding forest.  Ethel VonStoke was one of eight patients of the facility who were not accounted for after the incident, and was assumed to be loose. Reports from the Infirmary make mention of a little girl among the chaos of that night — I believe this child is none other than Edward’s 10-year-old daughter, Abigail.

It is my theory that the force that destroyed the southern wing of the Washtenaw Infirmary for the Insane was not a tornado, but a portal opened through space-time by supernatural means. 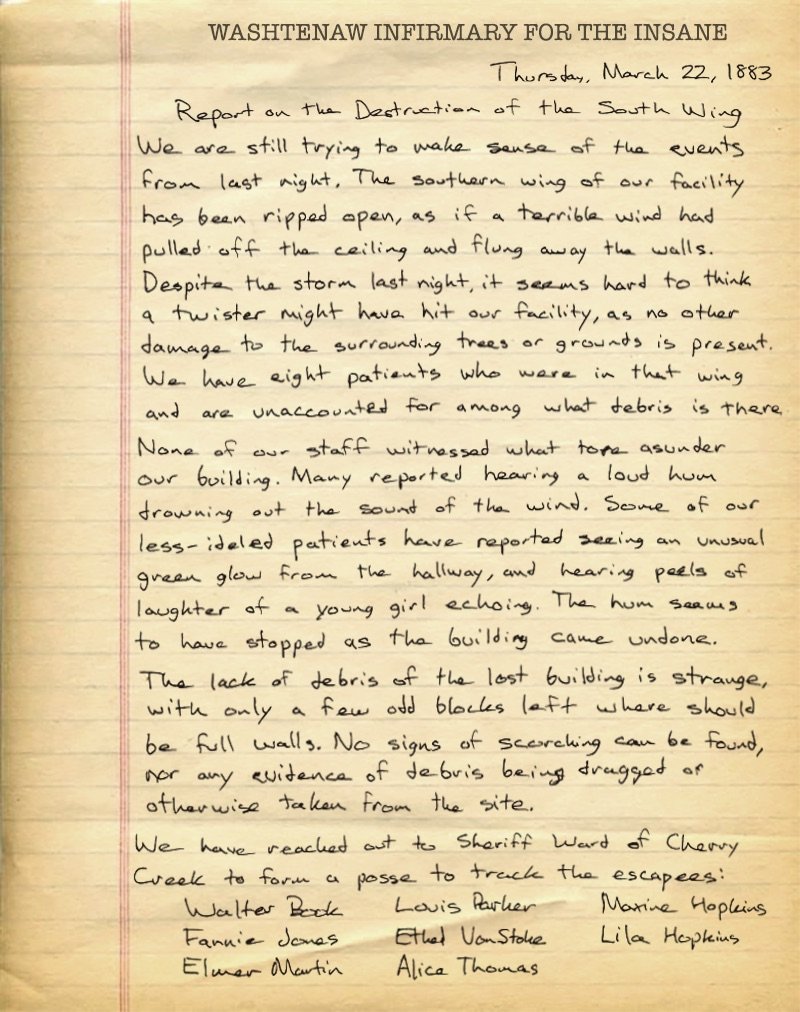 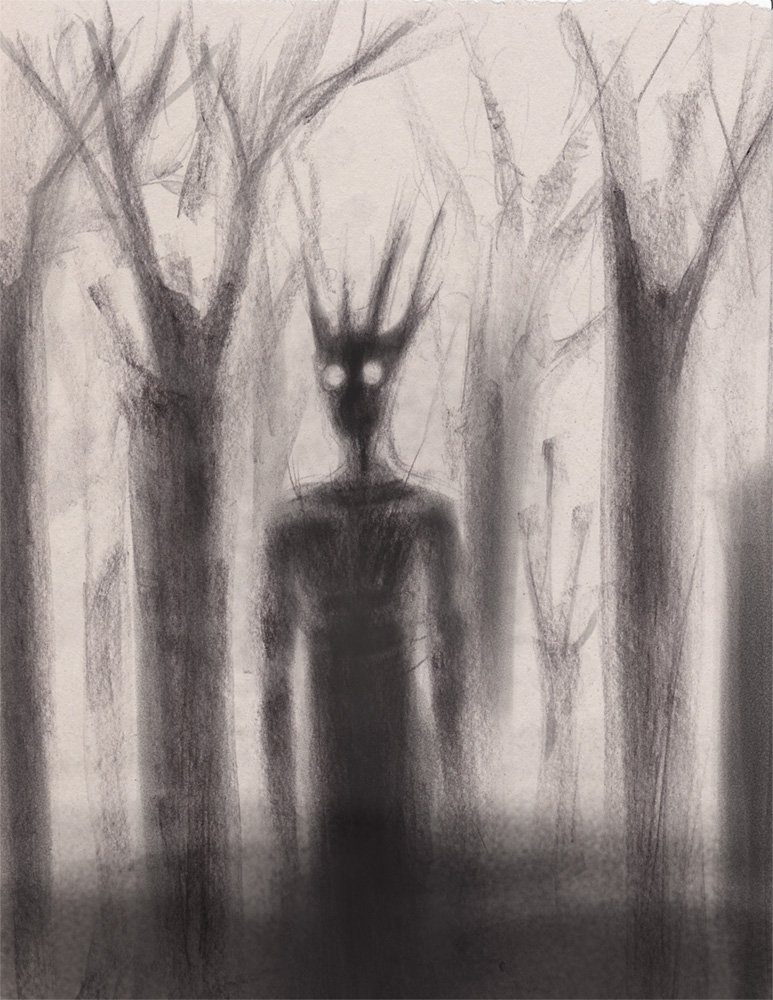 I have come to this remarkable conclusion because I have learned first-hand of the existence of space-time portals, and how to create them. Once I was able to open such a portal myself and observe its effects, I realized how their power accounts for the strange events that happened in 1883.

Portals through space-time disrupt the fabric of what we perceive as reality. The temporal energy causes plant life to swell in size and animate of their own accord. Prolonged exposure can cause boils to appear on skin, and warps the mind’s ability to reason. But despite these risks, I believe the potential of a doorway through space-time is far too great to pass up.

To date, my attempts to open a sustained portal have met with failure. I believe that further research into the VonStoke family will yield the answers I need. Ethel and her son Edward were clearly within a secret society that knows something of the portals — likely the same one that was abducting the townsfolk during the panic. It also seems that young Abigail VonStoke may be deeply connected to these affairs, and may actually have been the source of the portal that tore open the Infirmary where her beloved grandmother was being held.

I have learned that this secret society still exists to this day, and has unfortunately become aware of my interest in the portals. Just as it was over 120 years ago, this society bears long grey robes and hoods that conceal their faces in shadow. They seem to find me in all manner of places, and I have had a couple of close calls where I narrowly avoided their pursuit.

Beyond such risks of exposure, my work has grown too large for me alone to manage. While I have recruited some eager academicians to handle some logistic affairs, I still need others to do the field work to track down leads and evidence. It is for this reason that I have begun recruiting from the general public, bringing in open-minded individuals into my experiments. I have a new approach which may finally give me the edge I need to again open a portal.  All that is lacking now is a little legwork…and the actual location of the lost town of Cherry Creek.

I will let you know further updates as this next stage of my experiments unfolds.